Are breaking the conventional rules, thinking outside the box the old/new mantras for the greatest leaders?

Consultants for the Gallup Organization Marcus Buckingham and Curt Coffman in their masterpiece "First Break All the Rules: What the World's Greatest Managers Do Differently" arrived at this conclusions after analyzing data collected by Gallup over 25 years - using an impressive sample size of 80 thousand managers and 1 million staff from 400 companies. They debunked some of our dearly held notions about management and leadership, such as "treat people as you like to be treated"; "people are capable of almost anything"; and "a manager's role is diminishing in today's economy." "Great managers are revolutionaries," the authors write. “First break all the rules—great leadership manifesto…Is this thinking outside the box?

My best part is “People don't change that much. Don't waste time trying to put in what was left out. Try to draw out what was left in. That is hard enough.”

Now, all rules finally went kaput! What do you think? Are breaking the conventional rules, thinking outside the box the old/new mantras for the greatest leaders?
Posted by Leaders and Thinkers at 2:04 PM 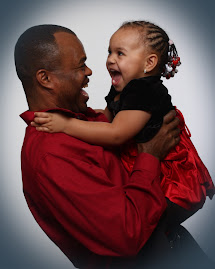